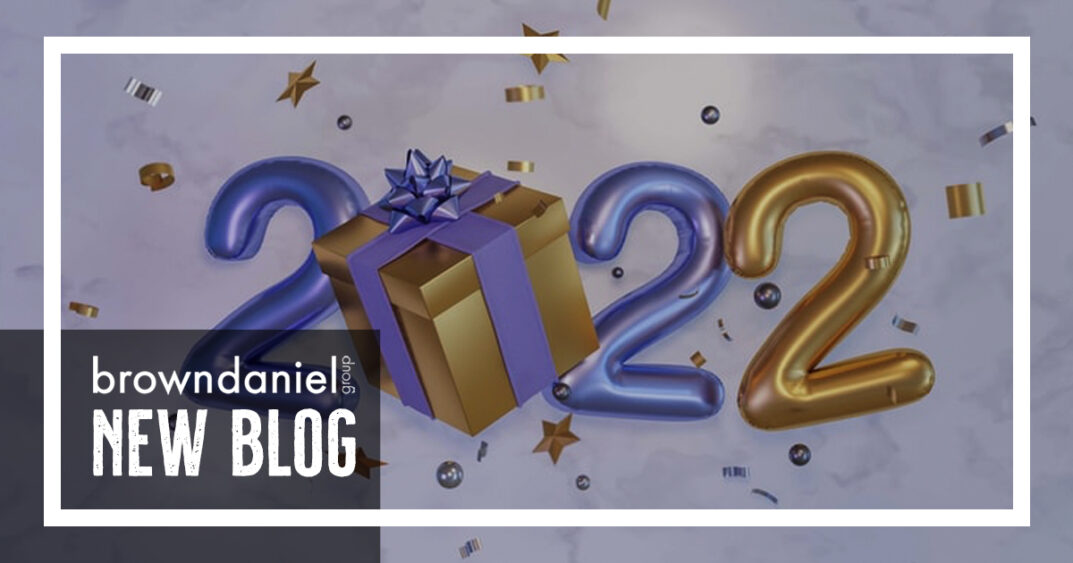 Almost every country and culture across the globe has New Year’s traditions designed to bring about good luck and fortune in the coming year. Some of these traditions seem a bit odd – in Spain people wear red underwear and eat green grapes, and in Denmark friends and family may toss dishes at your front door. In Scotland, bonfires and fire festivals are held to “burn away evil spirits” and welcome in good luck for the new year. Not surprisingly, in the American South, we center our New Year’s Day traditions around food! Black-eyed peas, collard greens, pork, and cornbread are eaten on New Year’s Day as symbols of the things we hope to have in the coming year. Many of us have participated in these traditions since we were kids, but a lot of us don’t know why or where the traditions came from. Read on to learn a little bit of the history of our Southern New Year’s Day food traditions, along with traditions from around the globe.

Did you know that black-eyed peas aren’t even a pea?  They’re technically a bean, but since both peas and beans signify wealth and good luck in the coming year, the specifics don’t matter to most of us. Black-eyed peas have had a reputation for bringing good luck for centuries, with records indicating they were part of the Jewish holiday Rosh Hashanah, which is the Jewish New Year, as far back as 500 AD. But how did this pea….er, bean come to be such a popular food for New Year’s Day meals, especially in the American South?  There are two competing stories. The older legend comes from the Italian and Spanish tradition of eating lentils on New Year’s Day because they were once believed to resemble Roman coins, so eating them was expected to bring wealth in the new year. Since black-eyed peas are a winter crop in the south, they would also be the most readily available option for those early settlers attempting to recreate this tradition in the New World.

The other, and perhaps more likely source of the tradition dates back to the Civil War. When General Sherman led his march of the Union Army to the sea, he left a path of destruction, instructing his troops to burn and pillage anything in their paths. Legend has it that the Yankee troops didn’t recognize the humble black-eyed peas as a human food source, believing them to be animal feed instead. Stored peas and even some still in the fields that December were left behind, so the now destitute Southerners were able to dine on them throughout the Christmas and New Year’s holiday seasons in 1864. Given their hard circumstances that winter, they considered themselves lucky to have these humble beans. The black-eyed pea has symbolized luck and good fortune to Southerners ever since.

It’s easy to see how greens of all types can resemble money, and eating them is believed to lead to wealth and prosperity in the new year. The tradition dates back to ancient times, with cabbage being the green of choice in the time of Julius Caesar and Aristotle. At that time, the superstition was centered more around health, with the ancient Egyptians eating cabbage to aid in digestion, and the philosopher Aristotle reportedly ingesting plenty of cabbage prior to drinking wine in order to keep the alcohol from “fuddling his prudent academic head.” This ancient cabbage was likely a variety of our modern day kale, and today, a batch of any leafy greens from kale to cabbage to collards to turnip and mustard greens serve this purpose of bringing about health and wealth in the new year.

Health and wealth sounds great, but did you know collard greens can also cure headaches and ward off evil spirits? According to legends told in the deep South, hanging a fresh collard leaf over your door will keep evil spirits from entering your home, and a fresh leaf placed on the forehead promises to cure a headache – definitely something needed after a late and champagne-filled New Year’s Eve celebration!

Hog Jowls….or Ham if You Prefer

If you aren’t familiar with exactly what a jowl is, you’re not alone. This cut of meat comes from the pig’s cheek, and it is not something most of us encounter every day. Rarely eaten as a standalone meat, the jowl is typically added to season or enhance the flavor of another dish, such as the collard greens and black-eyed pea you’re already eating for your New Year’s Day feast. As an accompaniment, most traditional Southern New Year’s meals include a pork roast or ham to satisfy the pig requirement.

But how does eating pork on New Year’s Day bring you good luck? It has to do with the way pigs, as opposed to other animals, behave. While most of the animals we have been eating through the holidays, like chicken and turkey, scratch backward, a pig buries his snout into the ground and moves forward, pushing obstacles out of his way as he goes. Doesn’t this sound like the way you want to attack your goals and obstacles in the coming New Year?

If you aren’t quite sure you can stomach eating from a hog’s jowl, you can choose any variety of pork as your New Year’s Day main dish. Many historians believe that the jowl tradition came about because a poor Southern farm family could easily eat for several months throughout the winter on the meat from one large pig, so they started with one of the less desired cut to fill in their already large celebratory meal. Pork sausage, a traditional ham, or even a whole pig roasted on a spit at your local barbecue restaurant would be just as good as a jowl.

Did you think the corn bread on the table was just there as the appropriate bread for soaking up that delicious broth from the black-eyed peas and collard greens? While this is a great way to use the Southern staple, corn bread has its own legend among New Year’s Day foods. While either yellow or white corn meal can be used, the yellow version is more appropriate for New Year’s Day meals, because the golden color represents gold coins and wealth in the coming year. Making your cornbread with actual kernels of corn could bring you even more financial bounty, as the kernels represent actual nuggets of gold.

What NOT to Eat on New Year’s Day

Of course you don’t have to follow the New Year’s Day Rules of the American South with your culinary choices, but you may want to know what foods to avoid lest you bring bad luck upon yourself. While some cultures replace the pork with fish on New Year’s Day (a fish’s silver scales can represent silver coins and wealth ahead), you should avoid lobster, shrimp and crab if possible. These shellfish are known to move in a backward or sideways direction, and eating them on New Year’s Day is believed to bring about setbacks and bad luck in the new year. Other fish to avoid include bottom feeders such as halibut and catfish. Because these creatures rummage for food at the bottom of the ocean, the belief is that eating these fish will cause you to struggle to make ends meet throughout the coming year.

Much like with the shellfish mentioned above, it is considered unlucky to eat chicken and other fowl on New Year’s Day because the birds scratch backward rather than pushing forward as they hunt for grain. Many people believe all poultry should be avoided on New Year’s Day, lest your good luck “fly away” from you. And whatever you do, don’t pass anyone a knife while at the New Year’s table. Passing a knife, or giving a knife as a gift, symbolizes cutting ties with that person, and doing so on New Year’s Day could lead to a relationship with that person ending in the coming year.

There are many New Year’s Day food traditions that are specific to other countries and cultures. According to ancient Chinese beliefs, it is considered bad luck to eat any food that is white on New Year’s Day, such as tofu, rice, bread and eggs. This is because in Chinese culture, the color white symbolizes death, something unlucky to celebrate on the first day of the year. It is also taboo in Chinese tradition to eat noodles that have been cut or broken, or are in any way short. Long noodles symbolize longevity, so those are the only ones that should be served on New Year’s Day for health in the coming year. In Germany, it is important not to completely finish your New Year’s Eve meal, and to instead leave a little bit of food behind on your plate until the next day. No tossing it in the trash or the garbage disposal either – the food should remain on your plate until New Year’s Day to ward off bad luck in the new year.