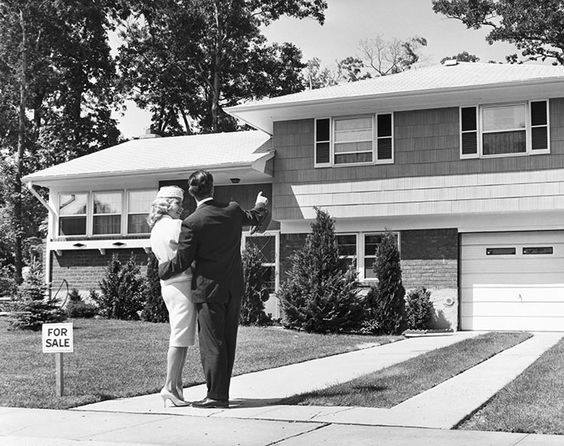 Owning a home has been a hallmark of the American dream for centuries, but the homes we live in have changed a great deal, especially over the last 100 years. From building materials to average size, the homes built today look almost nothing like the homes built for our parents and grandparents, and when we purchase an older home, we often make multitudes of changes and renovations. Read on for some of the major differences in housing throughout the years.

Larger homes require larger property lots. The bungalows that became so popular in the 1930s were often built on lots measuring only 60 by 100 feet, for a total of 6,000 square feet. However, in 1976 the average property lot for a single family home was around 10,000 square feet, and today the size has grown to over 17,000 square feet.

How we build our homes has changed a good bit over the years as well.  Up until 1960, most home exteriors consisted of either brick or wood, with brick being the more luxurious of the options. During the 1960s however, many Americans turned to newer materials that were both more affordable than brick and more durable and maintenance-free than wood – such as aluminum and vinyl siding. Today siding materials made of cement fiber have also become popular with builders.

Modern day sheetrock which is used throughout a home’s interior didn’t become popular until the 1950s. Before that, the primary building material for interior ceilings was plaster over wood. Shortly after sheetrock took hold, one of the biggest housing trends of the baby boomer generation became popular – wood paneling and textured “popcorn” ceilings. Wood paneling was loved for its quick and easy application, while popcorn ceilings were a handy way of hiding imperfections in ceilings. These styles began to fade in popularity by the end of the 1980s, and today we once again want our walls and ceilings painted and smooth. Removing wood paneling and smoothing out ceilings is often one of the first projects DIY’ers start on when updating an older home.

In the early days of the 20th century, the floors throughout most homes were almost always bare wood, until linoleum tile became a popular choice for kitchens, bathrooms, and sometimes even bedrooms in the 1940s. By the time baby boomers started buying their first homes, wall-to-wall carpeting had become all the rage, with many homes even featuring carpeted bathrooms and kitchens. Rooms were differentiated only by carpet pile and texture, with shag becoming the norm in many family rooms and bedrooms. Today’s homes see more variety in floor choices from room to room, with many builders using a mix of hardwood, durable low pile carpet, tile, and laminate depending on the room and its traffic and use.

The Evolution of the Kitchen

Kitchens in the early 1900s were all about the business of cooking. They were small and closed off from the rest of the home, and they catered to function over form.  Breakfast nooks and eat-ins were unheard of – dining took place in the dining room whether a formal family meal was planned or a quick breakfast before work and school. Modern appliances were nowhere to be seen. Food was kept chilled with an icebox (a large insulated box that employed a block of ice to keep everything cold). The practical in-home refrigerator was invented in 1913, and by 1945 they appeared in 85 percent of American households.

Beginning in the 1950s, kitchens started to grow and change. They became larger, incorporated a space for casual dining, and started to become the heart of the home, where families came together to prepare and eat meals, play games, do homework and discuss important matters. Around this time new appliances came on the scene, with electric ovens and stovetops and eventually dishwashers entering our homes. By the end of the 1990s, the open concept floor plan had really taken off, and kitchens were now open to much of the common areas of a house’s main floor, with no separation from the dining room and family room.

The 1940s census was the first to ask homeowners about some of the amenities in their homes. At the time less than 50 percent of homes had hot water or an indoor toilet. Air conditioners were practically unheard of and many homeowners were lucky if they had so much as a ceiling fan to help with cooling. The 1950s brought about many new amenities in our homes. Older homes were retrofitted with better plumbing systems and heating and cooling. New homes were built with amenities such as the attached garage, sometimes large enough to contain more than one car, and walk-in closets in the bedrooms.

It’s hard to imagine what homes will look like in another 100 years.  For now we can expect them to become even smarter and more internet connected, allowing us to control more and more of our home’s amenities via WiFi. Will the tiny house movement take off further? Will the so-called McMansions grow even larger in size? Will a once again burgeoning housing market mean a resurgence in renovating and flipping older homes? Only time will tell!